That’s the motto that many of Las Positas’ administrators preached. It’s tied onto email signatures, splashed across other documents and school literature.

That’s the Oxford Dictionary definition of the word facetious– a word that would be the best descriptor of the treatment of students as of late.

During the week prior to Thanksgiving break, the administration at the Chabot-Las Positas Community College district made a series of choices that only projected their disregard for students’ health and safety. The reasons only piled on, from not responding to a student petition to inadequately supplying campus safety with smoke masks.

As some professors cancelled class and others continued, the campus was thrown into a week-long disarray. The administration, after ignoring over a thousand voices on an online petition and email after email from student government representatives, still has offered no explanation. The timespan was too long, the response too last minute, and the “Students First” message more facetious than ever.

The Camp Fire, a disaster recorded as the most destructive wildfire in California history, began on Nov. 8, 2018 in Butte County.

Not too long after, the resulting smoke started to creep into the Bay Area. This caused the Bay Area’s air quality index to reach an unhealthy level with the AQI reaching its worst point last week. Out of the whole Bay Area, the Tri-Valley region had the worst air quality.

Despite that, Las Positas College was slow to respond to the ever present hazard to its students health.

On Wednesday, Nov. 14, the air was nearly unbreathable, with many students complaining about coughing, asthma and headaches caused by the smoke. The student health center and campus safety were handing out a limited amount of masks to students, and yet the school was still not canceling class.

Finally, on Thursday Nov. 15, the district sent out an emergency alert at 7:48 a.m. stating that the Chabot-Las Positas College District would be closed due to the smoke and that any further cancellations were still to be decided.

The students were very distraught over the district’s slow response to the issue. Prior to the messages from the emergency alert system, Las Positas student and Twitter user @yungtura tweeted, “Our air quality index is 229 and Sac’s is 195… their classes are cancelled and ours aren’t… why.” The tweet quickly garnered responses from multiple students in agreement and over 45 interactions.

“For God’s sake, they’ve canceled classes in Sacramento for a whole week and the AQI is worse here,” said Katie Borg, another student.

Once the text had gone out, she went on to say, “The index was 20 points away from being hazardous last night. I feel bad for all the people who drove all the way to school from other cities just to find out that it was canceled 15 minutes before the class started.”

This exact situation happened to James Simmons. In an interview, he said that he was sitting in his desk ready for class right as he got the text.

The campus should have been closed much earlier than Thursday morning right before class but instead by deciding to wait so long, the college put their student’s physical health at risk.

Not reacting to the poor air quality fast enough is not the first time the school has put its students’ health and safety at risk.

During the fall semester of 2017, there was an active shooter scare on the Las Positas College campus. While the “active shooter” turned out to be just a student with a nerf gun, the fear felt by the students and staff present on campus during this time was very real.

Once the threat was cleared, the school’s emergency alert system sent out messages saying that classes would go on that day as planned, completely disregarding the fact that students and faculty were left distraught following the scare.

The effects of the scare were so severe that some of the professors that were on campus at the time had to take the rest of the day off for the benefit of their mental health. Professor Lucas Hasten canceled classes for the rest of that day and even the next day because he was so shaken up.

The way Las Positas treats its students and faculty is disgusting. It is very clear that the school does not care about its students’ or faculty mental and physical health. 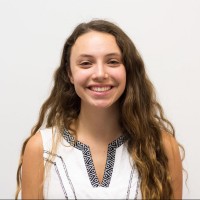