Neil Armstrong’s first steps weren’t on the moon. They were in Ohio.

Each step in between somehow led to that immortalized footprint 230,900 miles above his first. Armstrong wore a size 9 ½ shoe. Slightly less than average.

It wasn’t the size of the steps that mattered.

It was the choice to step at all.

As a young adult feeling out for your own foothold in life, it’s daunting to take steps toward those grand horizons. There are a thousand reasons you can tell yourself why you’ll never get there. But you don’t need to get wherever “there” is in one step. But one step has to be first…and you only need one reason to take it. Maybe that reason is simply: passion.

Is passion enough to land you spot among the pioneers changing our world and shaping the future of humanity? Somewhere like Lawrence Livermore National Laboratory (LLNL) where brilliant minds are whirring together in a complex symphony, dreaming up new solutions.

“It comes down to basics. A passion for what you do. Putting your best foot forward in whatever you do,” says Pete Schoenenberger, Superintendent for Manufacturing at LLNL. A dim clamor of voices echo up into the high-ceilinged Academic Services Building 1600, as students tread with trepidation through the LPC Internship Fair. Pete’s bright blue eyes harbor an electric quality that burns through the blur of movement.

“I could teach you how to machine. If you want to and you have enough energy, I can turn you into a machinist, even though you didn’t know you wanted to be a machinist” he adds, chuckling, “but [you] bring the core – that core passion. As an employer, it’s very difficult to create a passion in someone.”

I don’t have the skills.

I don’t have the experience.

I don’t have the brain.

I don’t have the personality.

I don’t have the patience to keep listing all the reasons you can hurl before yourself to build the barricade between you and your dreams.

It’s much easier to veer in directions that don’t truly inspire you, because if it doesn’t pan out, no problem. You didn’t really care anyway.

But what if the world needs you to reach? What if it’s not just a passion? There’s this obscure astrophysicist named Neal Degrasse Tyson ­— maybe you’ve heard of him. In an interview for “Impact Theory”, hosted by entrepreneur and motivational speaker, Tom Bilyeu, Tyson said “What I do for the public…is driven by duty, not by ambition. Because I can do something…and it’s for a greater good in society, I would be irresponsible if I did not.”

So when you’re pouring over that stack of applications, it’s not a heap of places waiting to turn you down. It’s a spread of doors waiting to pull you through.

And what if you haven’t “found” your passion, your purpose, your meaning? Tyson says “You have more power than that. You have the power to create meaning.”

But you’re not going to find it by standing still.

Forty-three years after the first human made a footprint in the sky, Canadian astronaut, Chris Hadfield made music. Cradling a guitar in microgravity, he strummed out a humorous and heartfelt rendition of “Space Oddity” aboard the International Space Station. He said, “The most important step is the one you make inside your head.”

What is that delicate, clear as glass voice inside you saying?

And take a step. 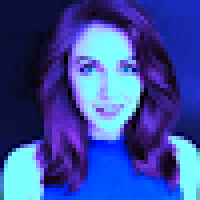