“I don’t think Latino students as a whole are being fully represented, that’s from my personal opinion and that’s what students tell me.”

An open catalog and a hope for knowledge are the ambitions of every student starting their semester at Las Positas College. With an enriched course catalog, Las Positas still lacks classes such as the history of Latin American and language classes that cover the language levels of Latino students on campus.

The new “Spanish for Spanish Speakers” class, started by Hortencia Nevárez, is a new class at LPC to maximize the level of Spanish speaking proficiency for heritage language learners. It also incorporates culture and history in more depth differently than other Spanish classes currently offered. After four years of preparation, Professor Hortencia Nevárez managed to get her class off the ground all by herself, but she faced challenges she didn’t expect. The process exposed some gaping holes in LPC’s push to support its Latino population – holes that affect faculty and students.

What started as just forming a new Spanish class became a red flag for Nevárez. Rose Barajas, a Biological Science major at Las Positas and Puente student, said “If there wasn’t Puente, we wouldn’t be seeing much representation on campus.” One of Nevárez’s main concern was that this wasn’t going to be enough. “If we really want this institution to continue to be a Latino serving institution, we have to do more when comes to representation.”

Nearly one-third of the student body at Las Positas identifies themselves as Hispanic or Latino. This amount is only expected to grow, and not slowly: by 2050, it is projected to have grown by 86 percent. While the numbers are rising quickly, the programs don’t seem to be stretching to match the growing population. Professor Nevárez is fighting to make sure that changes.

“My Spanish speakers were getting a bit frustrated with sitting in class where we were learning the basics or something that they already knew,” she said. “What I wanted them to know is that it is okay to keep speaking Spanish and I’m using that as a tool to help them feel empowered by the language, by their identity and by their culture.”

The Latino population at Las Positas College makes up about 30% of the entire student population. Programs like Puente and HSI Gateway to Success are essential and are some of the Latino programs on campus that aim to help Latino students transfer and succeed in their academics.

typical Puente student sometimes deals with struggles of being first generation college students, being undocumented or coming from low-income families. Some of the advantages of being a part of these programs for example are having counseling and mentoring, so help and support are things that are easily accessible for these students. Although these programs are essential and extremely helpful, they can only take only a certain amount of students each year.

For example, Puente can only take 27-30 students each year and at least 80 students aren’t able to join the program every year. Rafael Valle, HSI Director/Puente Counselor/Instructor noted that at the end of the summer semester, he stopped taking names after he received 20 students.

Students become aware of the successes and support system that programs like Puente offer, causing an attraction to students and making the list grow more each year. These programs also become multicultural communities in which Latino students feel empowered and comfortable to experience college while close to a community that carries similar backgrounds as them.

Nevárez worked on creating Spanish 21 for four years by attending workshops, seminars, and conferences in different parts of California and even out-of-state. Her main goal was to teach her students their culture and heritage, and also enrich their Spanish language skills.

“The purpose of this class is to discuss important topics of their interest and at the same time to improve on their reasoning, logic skills, writing skills and grammar.” In order to afford attending the conferences, Nevárez applied for a grant in order to pay for her expenses. Unfortunately, there are limits when receiving these grants, so in order to attend other vital conferences, Nevárez had to support herself financially. Apart from taking money out of her own pocket, Nevárez also devoted her own time for this class by researching and planning accordingly and efficiently to present her materials to the State. She was doing all of this while still being a part-time faculty and taking care of her other classes. This left no question about her dedication to the Latino students she teaches. But it did raise questions about the urge of LPC as to improving resources for the Latino community on campus, such as adding more curriculum that aims towards the needs of Latino students. Adding more counselors to guide and help all students is also something that Nevárez’s students ask for and what Puente students had trouble with before they were in Puente.

With the extremely long waits for counselors at the counseling center, Nevárez’s students come to her for help as she acts more than just a Spanish professor. She cares for her students by helping and answering questions regarding their academics, and giving them advice when they’re stuck on educational decisions. As a Puente mentor, Nevárez expands her guidance and help by acting as a mentor for all of her Latino students at Las Positas and by being a Latino Professor that Latino students can look up to as inspiration, “ In my opinion, in often times it doesn’t take too much work, but someone has to be willing to stop and help them, and part of it is that we’re growing quite a bit at Las Positas”.

Just last year Las Positas College declared itself a sanctuary campus because of its growing latino and undocumented population, but when it comes to creating and improving the educational resources for latino students on campus, time and money are both barriers. Vice President of student services William Garcia helped Nevárez by recruiting students for her class, but when questioned about expanding and creating future plans for resources he stated that, “I actually see either we have not maintained but actually increased”. Garcia plans to add three faculty members at Financial aid to help students apply and learn more about financial support on campus. However, when asked about the possibility of Spanish 21 opening other doors for

Latino students on campus, HSI Director/Puente Counselor/Instructor Rafael Valle mentioned that, “As of right now there’s very limited opportunities for students that are trying to study chicano studies for instance. We don’t have such a thing like that here”. Although efforts for implementing different types of resources on campus are being shown in other forms, when it comes to this specific type of student, LPC is falling behind. Like Valle mentioned, there isn’t a Chicano studies major on campus, which shows how classes like Latin American studies, or classes like the history of Central America are nonexistent.

Nevárez’s students are asking for more of these classes as they are enjoying gaining more knowledge about their heritage and their culture, “students have expressed their interests on other types of classes like history of Mexico, Central America, chicano studies”. American history and European history are some of the history classes offered at Las Positas, but not the classes that Nevárez’s students are demanding. There’s only much that instructors like Nevárez can do, especially when receiving support only outside of Las Positas College. While preparing and bringing this class to life, Nevárez was on her own. She had no support and no other Las Positas faculty member join her along the way, but this didn’t stop her.

Today, Nevárez’s class, “Spanish for Spanish Speakers” is made up of 15 students and she is very proud of the progress of her students and their interest in learning more each day. Nevárez hopes that her class grows and expands more each semester as her students are giving her great feedback and are asking for more classes that meet their cultural background. Nevárez hopes that her class can hopefully be one of the many starting classes on campus that aim to help Latino students enrich their knowledge on their culture, language and identity. 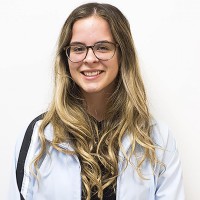