We won first place in the design competition, our President won Mr. Pbl ( Phi Beta Lambda) , won second place for highest membership increase, first place in money raised for March of Dimes, and all of the winning teams for the Business creation competition consisted of LPC students. They raised money for their main charity March of Dimes. This charity supports premature babies with birth defects and their families. In one day they were able to raise $660. Nichole Thomas, a representative from Uncle Credit Union, has been meeting with our business outreach committee to plan workshops for Las Positas College. Recently, members of the club were able to tour The Switch in downtown Livermore. The Switch is a non-profit incubator that supports local startups who need a place to do their work.

They gained over 100 members this semester since the creation of the club last October. They hosted an  alumni panel was hosted where 12 former LPC students came back to speak about their experiences in nursing school and beyond nursing school. They are currently working on bring a TEAS English section Smartshop series. The club also worked with the Director of the Paramedic program, Sebastian Wong, who offered to give our members their Basic Life Support certification at an extreme discount.

Working towards creating a scholarship fund for future automotive students in memorial of a student who passed Club voted to approve using $2,500 of Club funds to start funding the scholarship. Hoping to receive funding come from potential donors who are associated with the LPC automotive program.  The  Process is to raise funds each semester to add to the scholarship fund. The only eligibility requirement  thus far is deciding to pursue an A.S. in Automotive Technology. They are working with Financial Aid Office to creating other requirements.

They are Coordinating a micro-controllers workshop series on how to program the brains of robots and interface with sensors. Additionally, Prof. Keith Level, the head of STEM transfer, hosted a college transferring workshop with a Q&A.

Guest speaker Brianna Williams was hosted on Dec. 7. who was a  survivors and anti- human trafficking advocate.

The 2018 Northern Fall Conference was held at LPC in early November. Fundraisers and bake sales were held in order to raise money to fund club scholarships honoring new and old members who have demonstrated community service and academic excellence.

They are focusing on next year’s preparation such as weekly fundraisers, academic workshops, and releasing merchandise.

In October, members participated in ‘Inktober’ in which they each completed a drawing every day of the month. They hosted guest speaker, Karen Barry, a local artist demonstrated a linocut printmaking. She also carved own linocuts and made a few prints at one of their meetings. 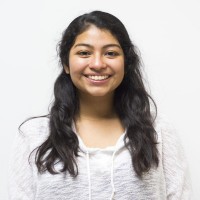