The threat of street gangs brings to mind thugs with switchblades and violent disputes over territory, but that isn’t the only danger they present. Over the past two years, 32 members of the Bully Boys and CoCo Boys have been arrested. They weren’t charged with assault, armed robbery, or even vandalism – it was for 1 million dollars of credit card fraud.

A study by software company OpenVPN found that Californians lost $255 million to internet crime. In 2016, more than 47,000 people fell victim to cyber crime in California.

Investigators say that the suspects stole information in 11 counties all along the East Bay area. The charges made on the gangs include: conspiracy to commit grand theft, grand theft, burglary, identity theft, hacking, computer access and fraud. The 32 members of the combined group have been charged and will face the Sacramento County Superior Court.

Their alleged crimes took place in medical and dental offices in the East Bay. Attorney General Xavier Becerra said to KQED, “It may not be as physically harmful and dangerous as being accosted on the street, but I can guarantee you, it hurts just as much,” Becerra went on to say, “These guys were actually networking and doing this in ways that went just beyond just their hood.”

With how closely society intertwines with technology, it was only a matter of time until typical street gang crime became so sophisticated.

California is now becoming a large target for cyber crime, most likely because of the large amount of tech companies and technological integrations in cities. A study done by the Website Builder Expert, a web design consulting company, stated, “California will lose more than $329 million from cybercrime and is most at risk due to nearly 56,000 cybercrime complaints expected to come from within the state this year.” This should be enough evidence that cyber crime is becoming more prevalent and awareness of the crimes should be raised.

Society is seeing a rise of cyber crime pulled off by many different people on different levels. Measures must be taken to protect citizens from crimes like the one committed by the Bay Area gangs. Many police departments now have an advanced technological advisor to stay updated and informed about crimes involving the internet and technology. The FBI has released a statement in May instructing people that have been subject to a cyber crime to report the crime to www.ic3.gov.

Cyber crime can be prevented with simple behavior changes. When using an ATM or credit card terminal with an external reader, tug on the reader to see if a loose casing comes off. Protect yourself further by checking with your bank on what their policies are for fraudulent spending and attempted unauthorized use of a card. For more information on how to protect yourself from cyber crime, visit www.fbi.gov/investigate/cyber or ask your local police department for tips on staying safe. 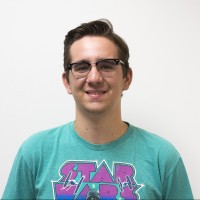