Las Positas College is getting a facelift.

On Feb. 6, as part of the Town Hall meeting, Las Positas hosted an open house in the tutorial center (2401) where plans for new buildings were posted. The budget for the remodel, which includes new buildings and other facilities such as athletic fields, is provided for by Measure A. The bond was passed in June of 2016 and it’s going to cause some major changes for faculty and students in the coming year.

Ten buildings, including the Veterans Resources Center, Bookstore, Math Lab and Faculty Offices are set to be torn down and replaced. New additions to the campus, according to the master plan, include another soccer field, two small parking lots by the athletic facilities and new faculty offices.

At the open house, faculty and students were invited to view all of the plans that were set up around the room showing each change in detail and having an expert on each spot to help others understand why the changes are happening.

Faculty and students discussed their opinions with the planning committee and asked questions about any concerns they might have with these new plans. Also, they had the opportunity to leave comments and questions on whiteboards posted around the room.

The tutorial center was filled with commotion as people filed in after the Town Hall meeting. Students and faculty alike shared refreshments and conversation as they observed.

A common concern was the parking plans. The issue was the way they wanted to approach this matter. Many anonymous comments left on the whiteboards suggested that the parking lots be placed before the new buildings and facilities.

A question on the board read, “Is the proctoring space (as labeled on the maps) for a test proctor center?” Other suggestions were given, such as considering storm water retention.

Many are seeing this as a positive change, but others have concerns. Will Kossow, a student at Las Positas, states his concern on how the plan should not be able to replace already mature olive trees with new ones.

Deanna Horvath, photographic arts faculty, said that the ultimate decisions on the plans being made are what the people in charge want, instead of what the professors and students actually need. Others still are concerned that the time frame won’t be met.

However, the building planners are confident that this is going to be the best move for Las Positas. Dan Amsden, Director of Sacramento Operations, said that these plans are addressing the “critical growth needs of the college.”

Measure A is to retrofit buildings for earthquake safety, construct and repair facilities and equipment and improve campus safety. The total amount the school is receiving adds up to $950 million.

Some of the listed highest priorities for the new buildings are campus safety, a new science building, updated parking and athletic facility improvements.

Should everything go according to plan, the long awaited project has an anticipated approval date of May 21, 2019. The master plan is set to break ground around 2021 according to Interim President Roanna Bennie. Construction is set to be finished by 2036.

At the Town Hall meeting, Bennie also stated that if anyone’s request for the remodel didn’t make it through to the master plan, she would explain why. 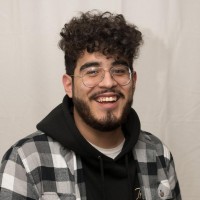